Rustic Stone is extremely proud it had the chance to create a garden memorial stone for the last remaining survivor of the RMS Titanic, Millvina Dean.You can find our memorial stone in the Millvina Dean Memorial Garden, for directions see the map below.

The story of the last remaining survivor is fascinating and is the reason we thought we would share what we learnt about Millvina and the RMS Titanic. 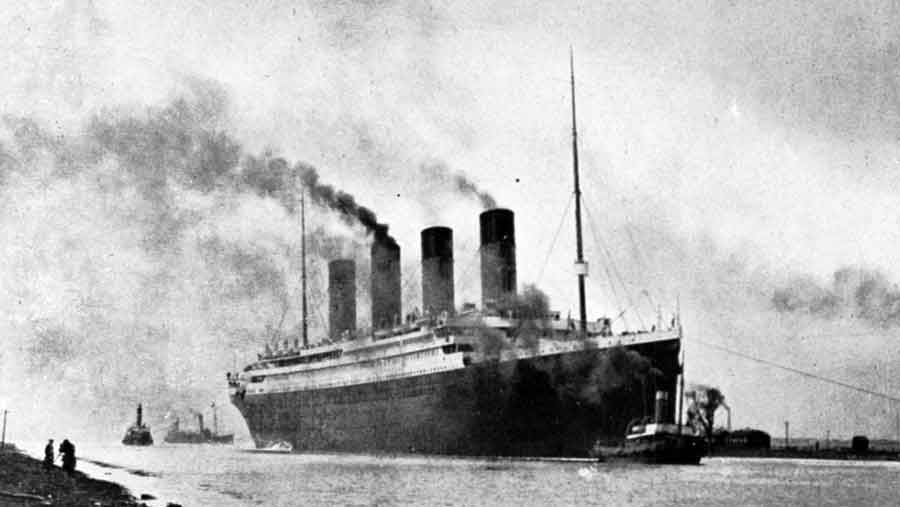 RMS Titanic is one of the most famous luxury passenger liners of the world due to its tragic story. Under the command of Edward Smith, RMS Titanic set sail on 10 April 1912 from Southampton docks and was destined to reach New York City.

On board were some of the wealthiest people in the world alongside hundreds of emigrants, ready to settle down in America. The first class services included a gymnasium, swimming pool, restaurants, libraries and magnificent cabins.

After 4 days out at sea, Titanic hit an iceberg 600km south of Newfoundland causing devastating damage to the ship’s hull. More than 1,500 people lost their lives at sea that day,making it one of the most deadliest maritime disasters in history. In Britain and America, public inquiries were held after Titanic sank which led to a number of major improvements on maritime safety. In 1914 the ‘International Convention for Safety of Life at sea’ aka SOLAS came into effect following this tragedy and is still in place today.

The total number of survivors which were passengers and crew members was 706. Amongst these survivors was a baby named Eliza Gladys Millvina Dean aka Millvina Dean who was the youngest passenger on board and lived to be the last remaining survivor of the RMS Titanic.

Millvina’s parents had decided to board Titanic to emigrate to Kansas where her father had family that owned a tobacco shop in which he would co – own. At two months old, Millvina, her brother and her parents boarded Titanic as third class passengers.

Sadly after the ship’s impact with the iceberg, Millvina’s father had told her mother to dress the children and go p to the deck. This is where Millvina, her brother and mother were placed into lifeboat number 10 under the ‘women and children policy’ and were one of the first third class passengers to escape. Tragically Millvina’s father did not survive.

Millvina and her family stayed in England and went to school in Southampton. When Millvina reached eight years old, she was told that she was a passenger on the Titanic. During the second world war, Millvina worked for the British government and then later for a local engineering company. Millvina went on to have other careers such as a secretary, cartographer and a personal assistant to a tobacconist.

Once Millvina reached seventy years of age, she started to become involved in Titanic related events. Over the years she would attend and be a special guest at conventions, documentaries, interviews and exhibits. Since October 2007, Millvina had become the last survivor of Titanic following the death of Barbara Dainton who died at age ninety six in England.

In April 2008, Millvina was invited to be a guest of honour at Southampton’s event to mark the 96th anniversary of the sinking but unfortunately due to ill health, Millvina had to cancel.Millvina struggled from this moment onwards with ill health and had to make the heartbreaking decision to sell some of her beloved items to fund private health care in her final year of life.

Millvina sold items that her mother possessed at the time of Titanic which raised over 32,000to fund her health care. Whilst Millvina became gravely ill and was increasing her debts with her health care, The Millvina Fund was set up in April 2009 by the British and Belfast Titanic Societies with a mission to take care of her nursing home bills.

Don Mullan an Irish journalist and author gave the fund a boost on 22nd April 2009 at his photographic exhibition by introducing a picture of Millvina. Don made 100 copies at 500 euros each and then challenged James Cameron (director of the film Titanic) to match his money that he had raised to support her health care bills. The lead roles, Leonardo Dicaprio and Kate Winslet both placed $20,000 in the fund with Celine Dion and James Cameron donating $10,000 each.

Millvina passed away from pneumonia on 31st May 2009, aged 97 years old at a care home in Ashurst, Hampshire. Millvina ashes were scattered at the docks in Southampton on 24th October 2009.

Hi, I am the proud founder and owner of Rustic Stone. It is my passion to create absolutely stunning and unique stoneware items from anything from stones gifts to house signs and even memorials.